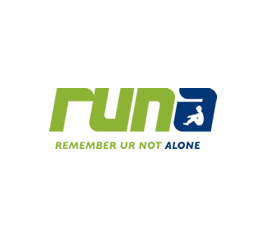 Every year many hundreds of children and young people in Bolton go missing from their family homes, from school and from the ‘looked after’ system. We developed RUNA (Remember UR Not Alone) in response to this crisis. Our RUNA team works alongside Greater Manchester Police, Bolton Council, parents, carers and local schools to ensure runaways are returned safely and as quickly as possible. The service provides advice, guidance and support to the children and young people who have gone missing and those who are at risk of running away.

Our RUNA workers make contact with every child who is reported missing to the police in Bolton. They work closely with police officers in carrying out independent return interviews with young people, alongside ‘safe and well’ checks. They discuss the dangers and address the problems which cause children to run away. They support both the young person and their family in order to minimise future risks. RUNA links up with other professionals in taking co-ordinated action around children at risk of harm and exploitation.

With the support of Bolton Council, we provide a ‘Response’ service which is triggered each time a ‘missing’ report is filed. In addition, we received additional fixed-term funding from the Big Lottery to provide a ‘support’ service until 21st October 2021. This supported children at repeat risk of running, but who fall under the threshold for statutory agency intervention.

A unique aspect of our service is the joint visits and intelligence sharing arrangements we have with Greater Manchester Police, who have placed a dedicated ‘Missing from Home’ officer to work alongside our staff. The continued success of our joint work in Bolton is now being used as a model for other areas. This is exemplified through our involvement with the Greater Manchester ‘Missing from Home’ Forum.

Prior to this new service approach (which commenced in 2015), only 14% of return interviews in Bolton were conducted within the ‘72 hour’ government target of a young person being found. Over our 2021/22 financial year, we are pleased to report that 90% of our return interviews with young people were conducted within the 72 hour government target (down slightly from 87% in the previous year). The service has been impacted in part by the introduction of a new police computer system which had some teething difficulties. Latterly the pandemic also had some impact. However, our results remain consistently excellent when compared with the current national average of 56%.

As a consequence of the above, we attended to 1,386 missing incidents in 2021/22, compared to 1,054 in the previous year. Similarly, the total number of return interviews completed last year was 1,041 compared to 956 previously.

We attended to a total of 565 missing young people last year. This compares to 528 in the previous year and 606 the year before that. Our overriding concern is to do all we can to bring this number down. Of the 565 last year, 461 went missing from their home in Bolton. 104 were Looked After Children (LAC’s) within the care system. Last year, the average number of missing episodes per child for children who live at home was 1.5. For those who were LAC the figure was 3.4. This illustrates that LAC’s experience more missing episodes and require more support.

The team also offers a ‘preventative’ service for young people through the provision of one-to-one information, advice and guidance on risks and dangers, social media safety, rules and boundaries, emotional health and self-esteem, substance use, appropriate relationships, and recognition of child exploitation – linking with careers support and educational/ employment opportunities and access to health services.

Some of the comments we have received from parents are:

“The worker was brilliant!”

“RUNA has helped and he is always home at a reasonable time now.’

“She has not been missing since. RUNA did a really good job and got on with her well. They got on the same level.”

“We talk to each other more. We used to argue a lot.”

“She is sticking to curfews and we are talking to each other more.”

You can read Garry’s Story as told by his Head Teacher here.